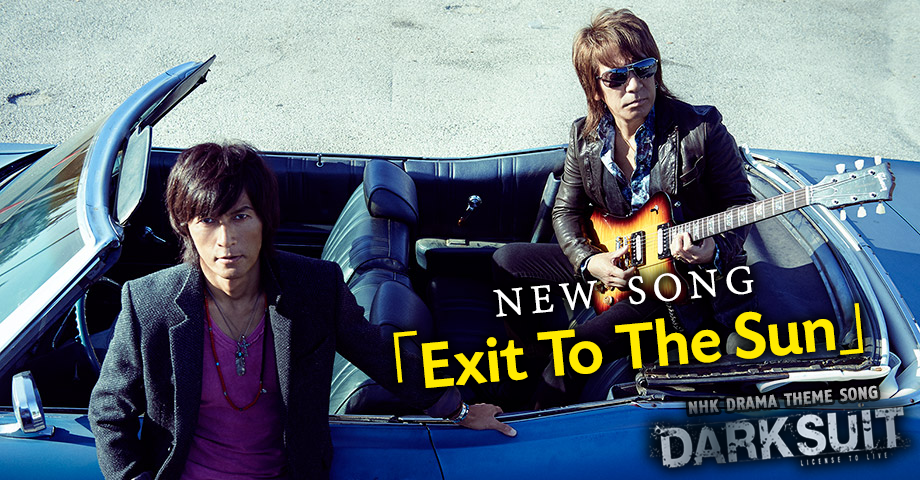 The wait is finally over! Well, to an extent, at least. The band has just announced that their new song「Exit To The Sun」will be featured as the theme song to the upcoming NHK Drama「Dark Suit」starring Takumi Saito. The drama is set to air on November 22nd at 9PM, which is next week on Saturday!

A release date for「Exit To The Sun」has not been announced yet. Stay tuned for more information!