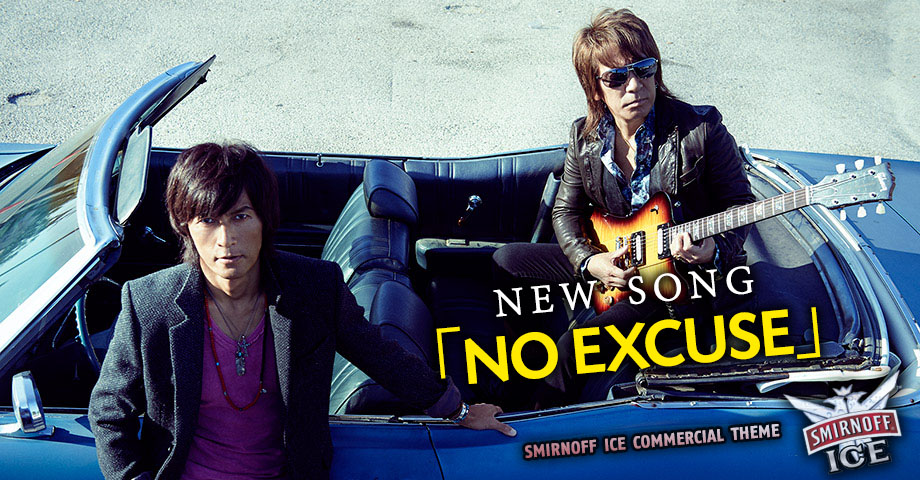 The band has announced their second tie-up song titled「NO EXCUSE」! The upbeat song is featured in the new line of Smirnoff Ice commercials, which are going to be aired across Japan from today. A release date for「NO EXCUSE」has yet to be announced. We suspect, B’z are announcing tie-ups leading up to a single & album announcement! Stay tuned!

Meanwhile, you can check out the commercial below.