The first bits of information from the latest Be With! issue are already coming through on the internet, with the first part of the LIVE-GYM 2015 dates being the first! The hall part of the tour starts on March 11th, 2015 and runs through May 24th, 2015. Ticket per-orders will be available for B’z fanclub members from December. Dates for the dome part of the tour will be announced soon. 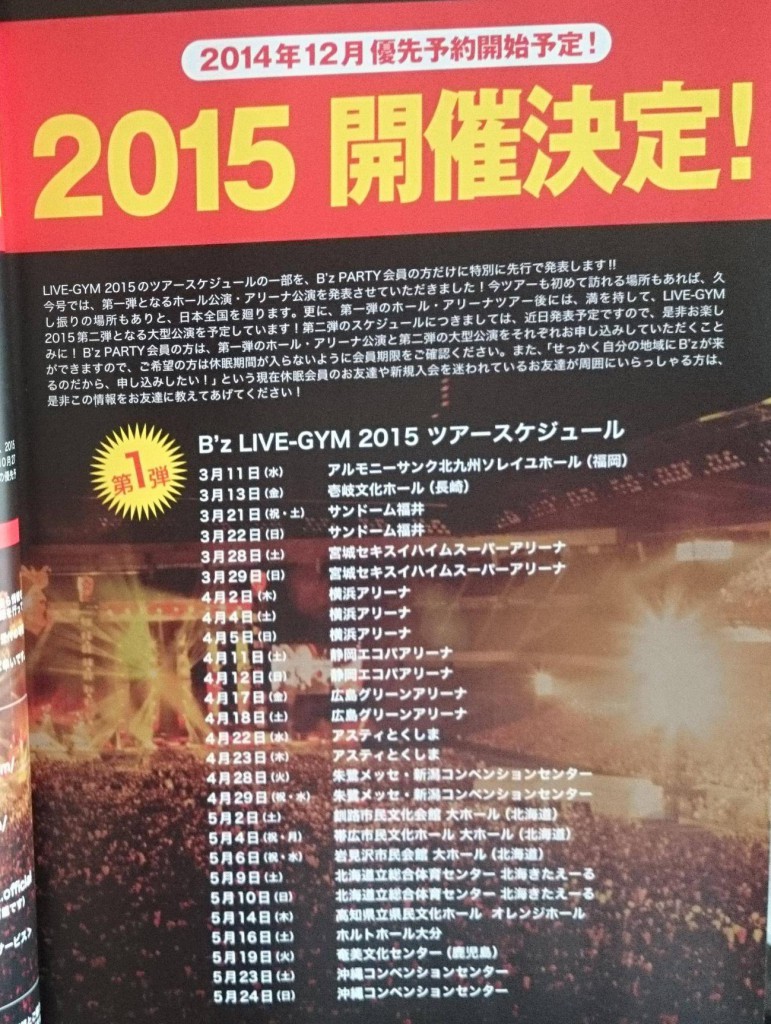