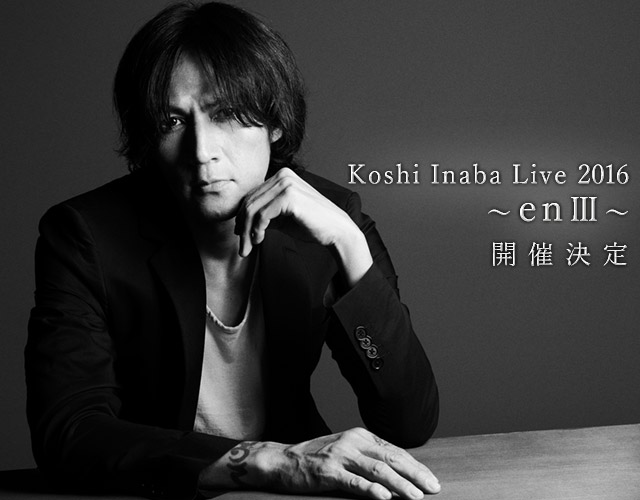 One and a half years after Koshi’s last solo tour at the Shinagawa Stellar Ball, his new solo tour en III has been announced! The tour will run from January 16, 2016 to March 6, 2016 with the final three dates at the legendary Nippon Budokan.

Tickets will be available through the fanclub and ticket offices.

[UPDATE 8/28]
With the official announcement (previously fanclub only) of Koshi’s latest solo tour, the tour logo as well as support members have been revealed!