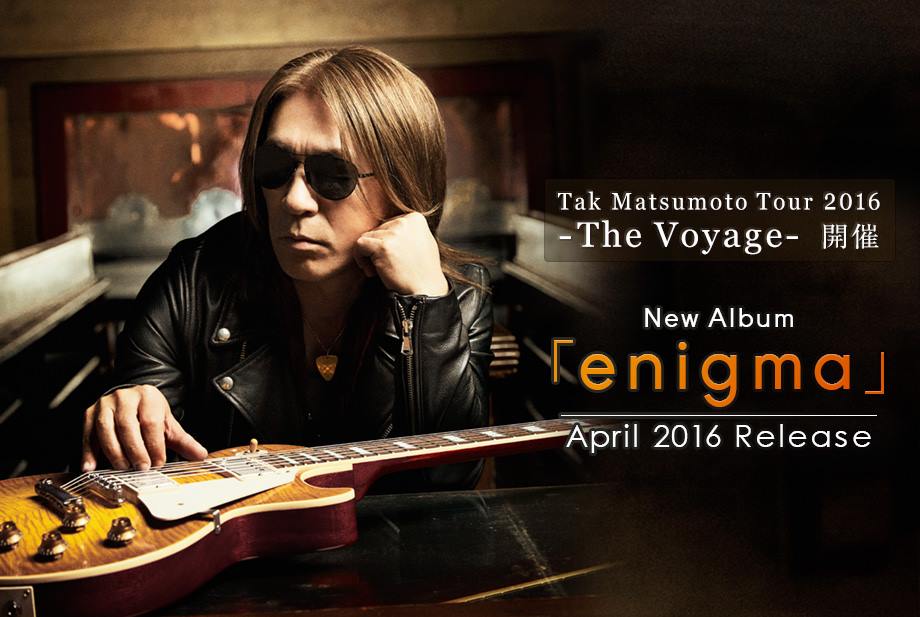 During last week’s Music Station 3 hour special, it was revealed that Tak Matsumoto’s 「#1090 ~Thousand Dreams~」 will be replaced by his reworked version 「#1090 ~Million Dreams~」as the show’s theme. The latter song is also included in Tak’s upcoming album 「enigma」 as a bonus track.

While Tak’s new version of #1090 was played for the first time, a written comment by Tak himself was also read out. The comment read “I’m thankful and at the same time proud as a musician, that this track has served as the theme song for such a long time. This song was known for ‘Music Station’, and I believe a lot of people don’t know that this song has been made by me. 「#1090 ~Million Dreams~」 is a newly reworked version of this very song. Working on a track that the me from 24 years ago wrote was a very fun experience. I think it’s a great mix of a young person’s vigor and an adult’s laid-back kind of atmosphere. Sound-wise, the track has also improved quite a lot, which prompted me to rename the track from “~Thousand Dreams~” to “~Million Dreams~”. I am very satisfied with the result. I would be very delighted if my track was used as the show’s theme in the future as well.“