In a series of tweets responding to fans, American guitarist and frequent Koshi Inaba collaborator Stevie Salas has revealed he is currently in Japan contributing to the B’z singer’s latest solo output. Koshi’s recent commercial tie-in “YELLOW” will likely be part of this upcoming release, but no other details are available at this time.

In addition to being the guitarist for Rod Stewart, Mick Jagger, and Justin Timberlake at various points in his career, Salas has also made his name as a solo artist. His first recordings with Koshi Inaba came in the year 2004, culminating in him appearing on most of the tracks from Peace Of Mind as guitarist. One such song, “Shoumen Shoutotsu“, was co-written with Koshi and would later become the subject of an English rendition re-titled “Head On Collision” in 2006, which featured both artists on vocals. Salas’s association with B’z began long before after he became acquainted with the duo in in the early 90s, during which time Tak Matsumoto attributes Salas with assigning his longtime moniker “Tak”. 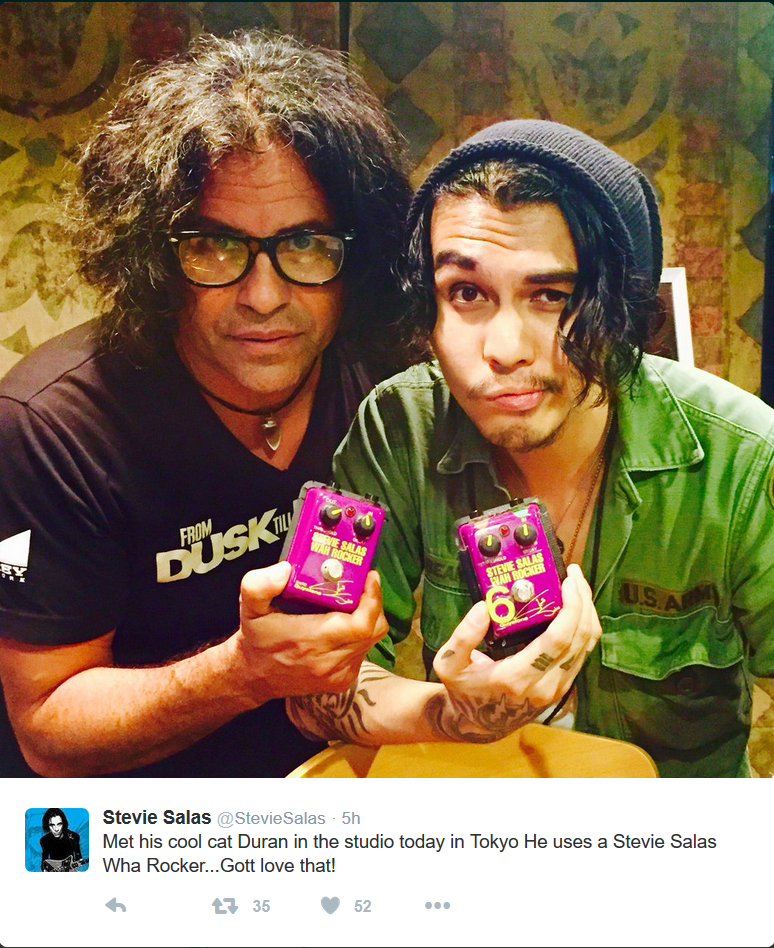 UPDATE: The original tweet has been removed but has been screen-capped and preserved below: 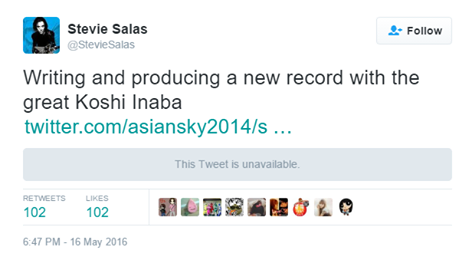