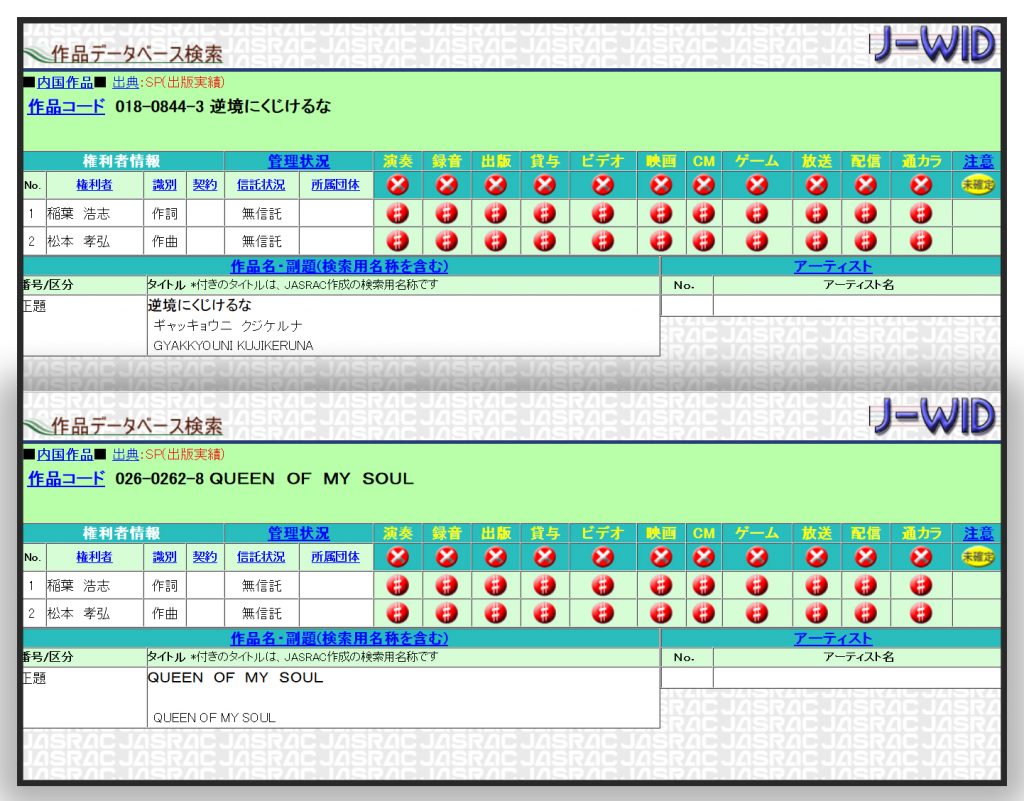 New entries in the JASRAC database (short for Japanese Society for Rights of Authors, Composers and Publishers) may be giving us our next glimpse at what B’z may have in store for their upcoming album. The two new songs—like all other B’z songs listed—are attributed to Tak Matsumoto as composer and Koshi Inaba as lyricist and bear the titles “QUEEN OF MY SOUL” and “Gyakkyou ni Kujikeru na” (Never Waver in the Face of Adversity, 逆境にくじけるな). The entries are still new and lack a publishing entity, so they may be registered for tie-up promotions later instead of Being Publishing, or are simply tentative registrations.

This is not the first time in recent months a new B’z song was registered with the same official entity for governing song royalties in Japan. As previously reported, “Cost” (コスト) was also registered earlier this year, though it has yet to materialize in released form.