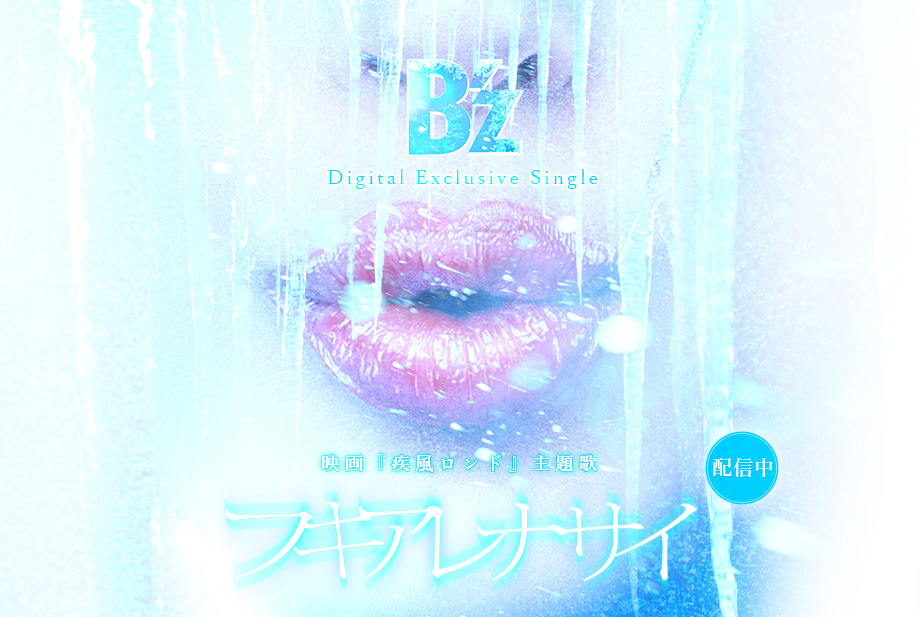 With this weekends’s release of the Shippuu Rondo film for which it serves as a theme, there is no better time for the band to release 「Fukiarenasai」 (フキアレナサイ, Blow Violently) to the masses—and they’ve done just that! The song, envisioned as a winter version of “ultra soul” as requested by the film’s producers, was announced in September and previewed in a trailer for the film, but with the band’s impending solo activities, fans were unsure when it would see a proper release. After the comparatively late release of 「Sekai wa Anata no Iro ni Naru」 when it came to digital form last month, it was unknown if B’z would be experimenting with further digital releases in the future. With today’s release of  「Fukiarenasai」 on iTunes Japan and all digital music platforms in the country, we now have our answer.