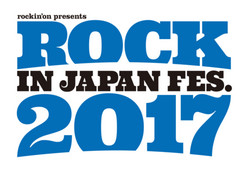 The third wave of artists to perform at this year’s ROCK IN JAPAN FESTIVAL has just been announced. Among them is B’z, who will perform on August 5th. For the band, this marks the second festival appearance of the year, followed by the appearance at the RISING SUN ROCK FESTIVAL in EZO on August 11th. B’z is making an appearance at both festivals for the first time—possibly with the goal to expand their fanbase.

In the past, B’z has performed at festivals like SUMMER SONIC in 2007 and 2009. These two festivals gave fans pre-release glimpses at “SUPER LOVE SONG” and “MY LONELY TOWN” respectively, before they later became singles. In more recent years, the band has performed at the TV Asahi Dream Festival in 2011 and 2015. A special festival was also conducted together with American rock band Aerosmith in 2013, called AEROSONIC.