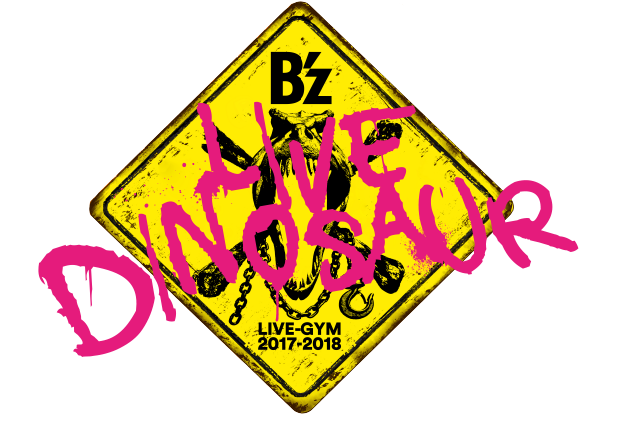 A long-awaited update on the official website has given us our first glimpse at B’z LIVE-GYM 2017-2018 “LIVE DINOSAUR” in the form of the tour’s logo. The tour kicks off in Hokkaido on December 14 and will span eighteen total shows. The finale will come at Kyocera Dome Osaka in mid February over three nights and may be the subject to filming for their next home video. Notably, this is their first tour since B’z LIVE-GYM ’91~’92 “IN THE LIFE” to span two years and the first to take place in winter since the comparably lengthy B’z LIVE-GYM 2011 -C’mon-.

The titular album, DINOSAUR, is due out in two weeks on November 29, 2017 and can be pre-ordered internationally from the retailers below: