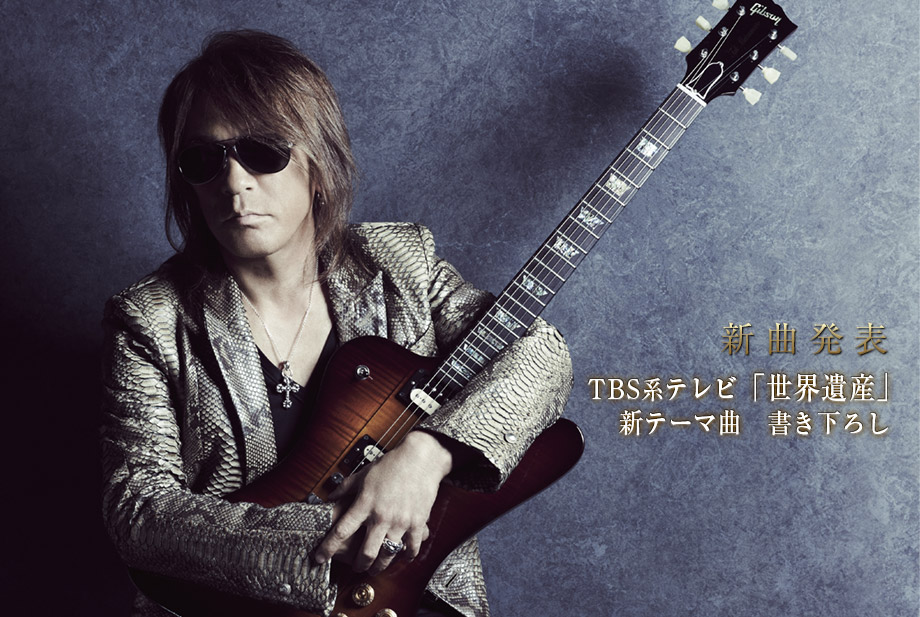 Tak Matsumoto has announced that he will provide the opening and ending themes to the TBS show “The World Heritage”, which receives an overhaul commemorating its 20th anniversary. The first broadcast is scheduled for October 4th, 2015 at 6 PM Japanese Time.

While Tak Matsumoto has written themes for TV shows such as “Music Station” or “Sport!” in the past, this is the first time that Tak has written a song for a documentary show. The song titles as well as a release date for these two songs has not been revealed yet.

You can check out a very short portion of the opening theme song in the TV commercial below.