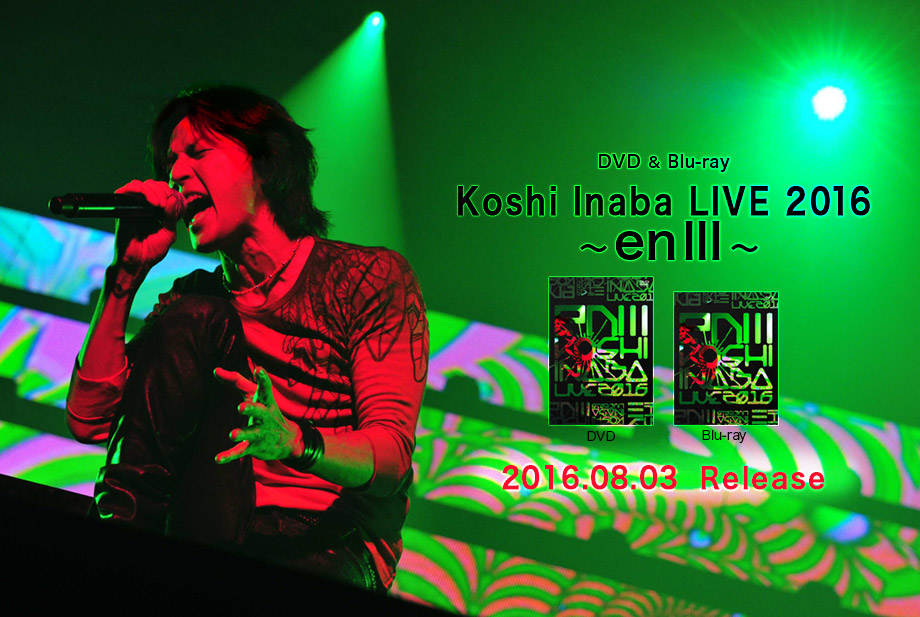 Two months after Koshi’s latest tour 「Koshi Inaba LIVE 2016 ～enIII～」 had wrapped up with a tour finale at the famous Nippon Budokan — which was even livestreamed on Hulu Japan — the home video release of said show has been announced: August 3rd, 2016. This release is announced amidst rumors that Koshi is currently working on another solo project with Stevie Salas, which may not come to fruition for another couple of months.

In addition to the tour finale at the Nippon Budokan, the package includes footage of 6 additional songs that were not performed on the tour finale due to set list rotation.