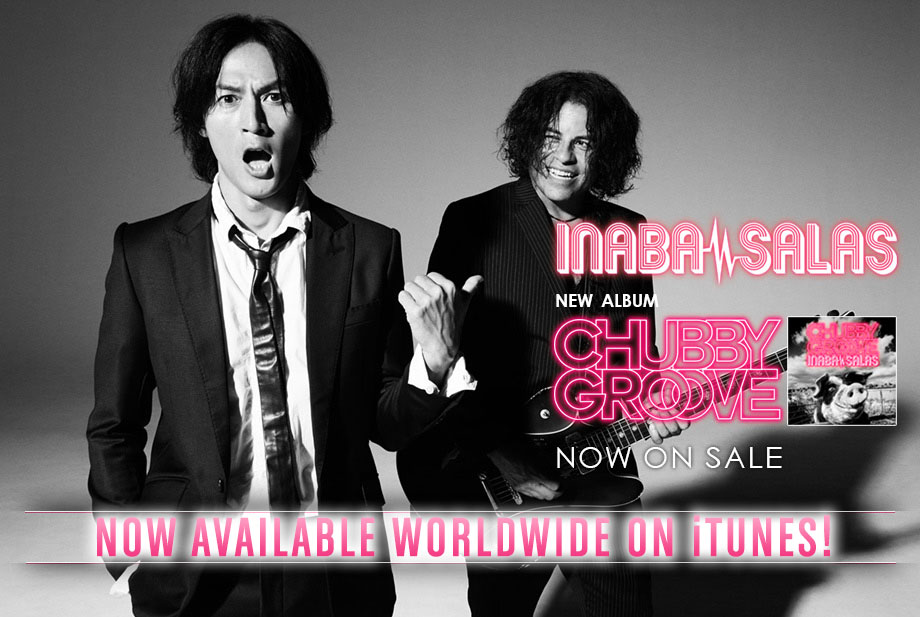 For those that prefer their music digitally or simply missed the physical release in Japan, INABA/SALAS’s CHUBBY GROOVE is now available worldwide on iTunes! The U.S. edition is $1.29 per track or $15.48 for the entire album though the album should be purchasable in any country. The duo are currently in the midst of their joint live outing CHUBBY GROOVE TOUR 2017 which concludes later this month on February 20.