Koshi Inaba has just announced that he will be guest on NTV’s morning news program 「ZIP!」 on March 4th, 2016. He will most likely talk about his current live tour and about the recently announced live streaming of his tour finale through Hulu. 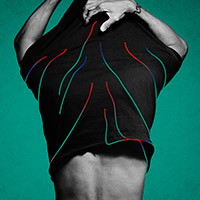 Oricon—Japan’s leading music sales tracking service—has announced that Koshi Inaba’s latest solo single 「Hane」 has debuted at the top of the charts with 88,000 physical copies sold. This is his fifth consecutive single to do so as a solo artist, following 1998’s「Tooku Made」, 2003’s 「KI」, 2004’s 「Wonderland」, and 2010’s 「Okay」.

Currently, Koshi is on tour as part of Koshi Inaba LIVE 2016 ~enIII~ with dates planned through a March 6th finale at the Nippon Budokan. You can expect to see more video coverage of Koshi’s recent activities on this website, along with translations of recent interviews he has given to the press, in the coming days.

Koshi Inaba has as usual released a message for his fans to commemorate the release of his new single 「Hane」. Check it out! 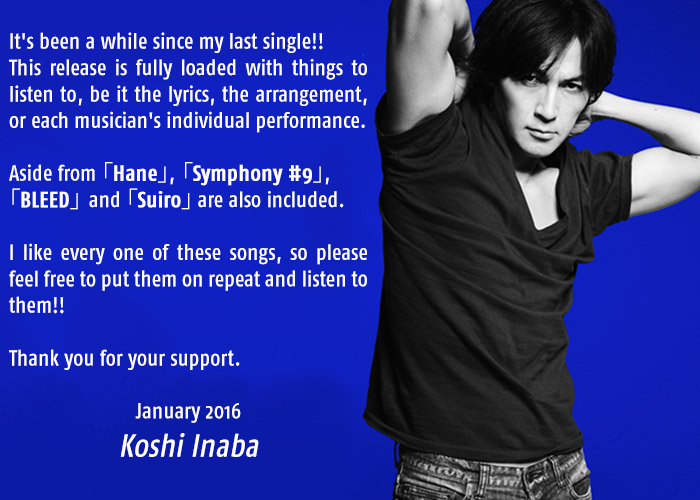 Koshi Inaba has announced that he will make an appearance as a radio personality on the weekly 「All Night Nippon GOLD」 radio show. He will moderate the show on January 15th and will talk about his new single 「Hane」 as well as his solo projects in general. Musicians who call themselves “Koshi fans” will make comments on the show! In addition, they have a special “entertainment project” planned, that hasn’t been done before. The show is expected to run a full two hours.

Koshi Inaba on SMAP x SMAP For The First Time

News just broke on Fuji TV’s morning news program 「Mezamashi TV」 that Koshi Inaba will for the first time be guest on 「SMAP x SMAP」. Koshi will make an appearance during the 「SMAP x SMAP」 special scheduled to air next week Monday January 11th, 2016. Koshi will be interviewed and also perform his new single 「Hane」 live on stage together with the members of SMAP. This also marks the first time Koshi Inaba perfoming solo with another artist on stage.

Check out the news clip below.

Today, a full music video for Koshi Inaba’s 「Suiro」, one of the four tracks on his upcoming single 「Hane」 due out next week, was uploaded to the official B’z YouTube channel. Due to region restrictions recently imposed as a result of YouTube RED’s implementation, we have mirrored the video here for all to see.