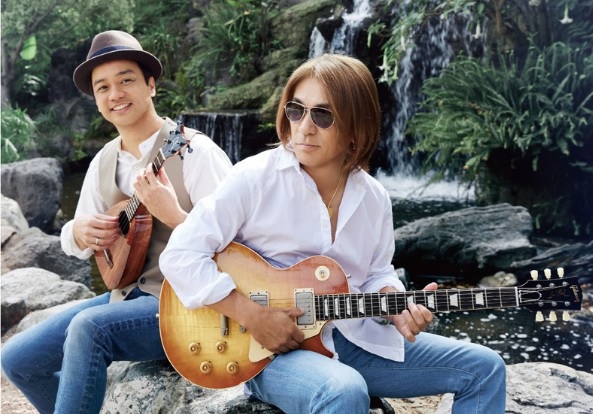 Tak Matsumoto’s and Daniel Ho’s collaborative tour “Electric Island, Acoustic Sea” is drawing to a close this Sunday, March 19th, at the Blue Note Hawaii. The WOWOW Prime program guide for April has revealed, that the very same channel will — just like INABA/SALAS’ tour — broadcast a show from Tak Matsumoto’s and Daniel Ho’s tour. The show to be broadcast is the tour finale at the Blue Note Hawaii. 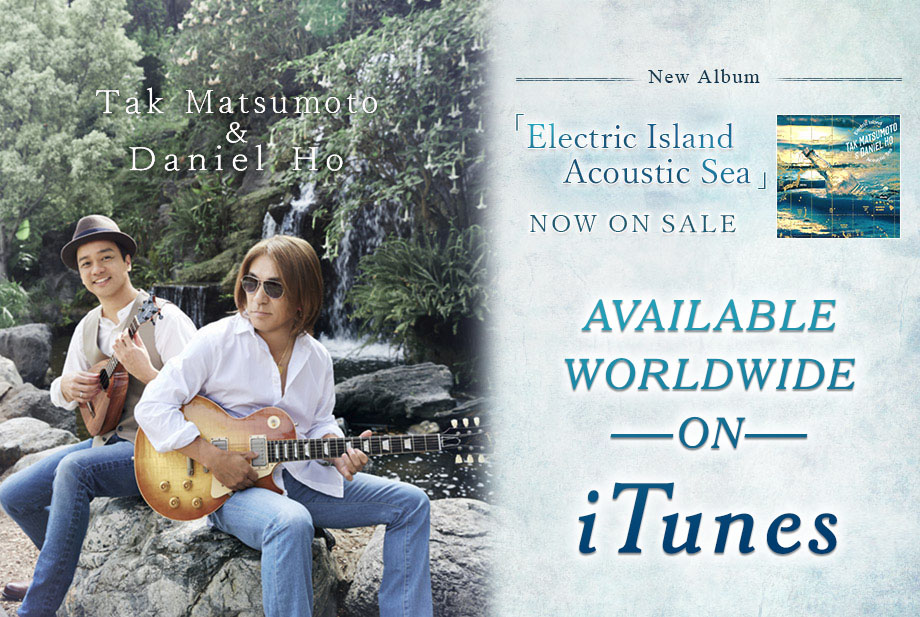 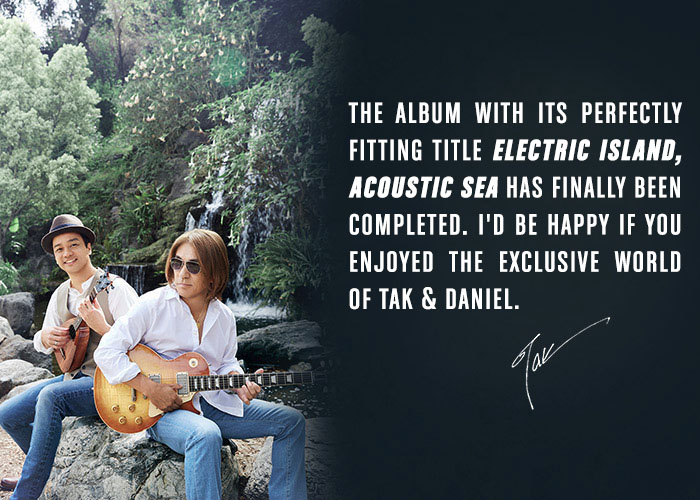 Just before the new year, an overseas performance has been announced for Tak Matsumoto’s and Daniel Ho’s “Tak Matsumoto & Daniel Ho LIVE! 2017 -Electric Island, Acoustic Sea-” tour. The show will be at the Blue Note Hawaii on March 19th. There are performances scheduled at 6:30PM and 9PM HST. Tickets are available through TicketWeb. Be sure to get your ticket early!

In other news, the logo and members of supporting band have been announced for the tour. Keyboardist Akira Onozuka and guitarist Yoshinobu Ohga will be joined by Randy Drake on drums and Steve Billman on bass. Both have been performing on stage with Daniel Ho in the past. 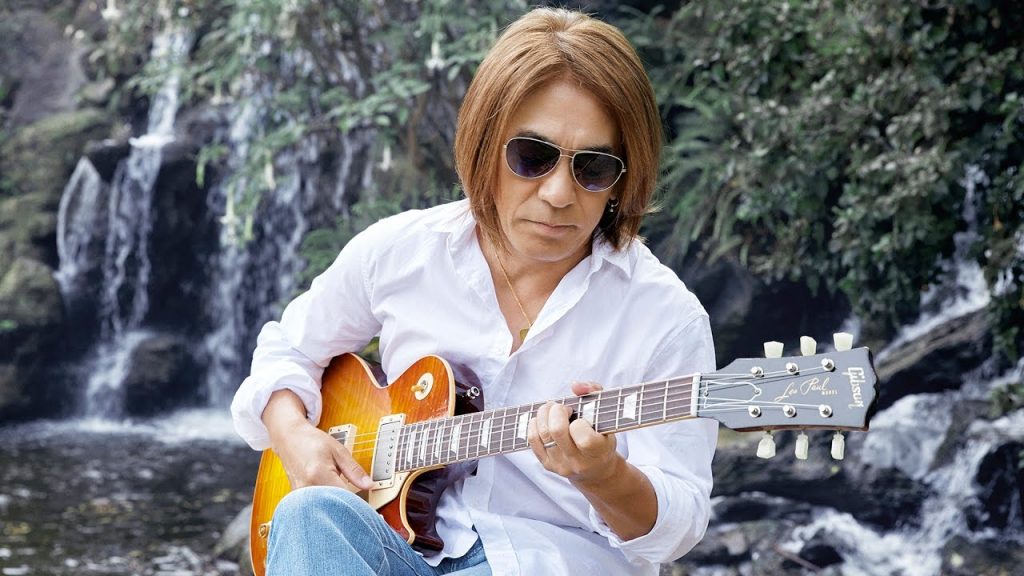 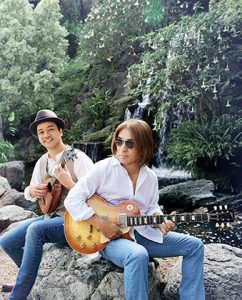 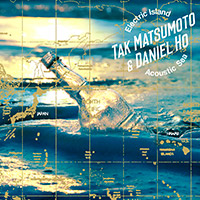 Today it was made public that GLAY’s guitarist TAKURO is releasing his first solo instrumental album 「Journey without a map」. Tak Matsumoto, a long-time friend of TAKURO’s, has agreed to produce the record with him. “We both love music and guitars. I’m sure this record will have something that will make you feel something.”, says Tak. He further adds that he’s very delighted to be working together on a music project with a long-time friend.

TAKURO’s album is out on December 14th, with a Japan tour in support of the album scheduled for February 2017.

Tak Matsumoto’s recent solo tour 「Tak Matsumoto Tour 2016 -The Voyage-」 is finally out on DVD and Blu-ray! To commemorate the release, Tak has as usual released a message for his fans. Check it out below. 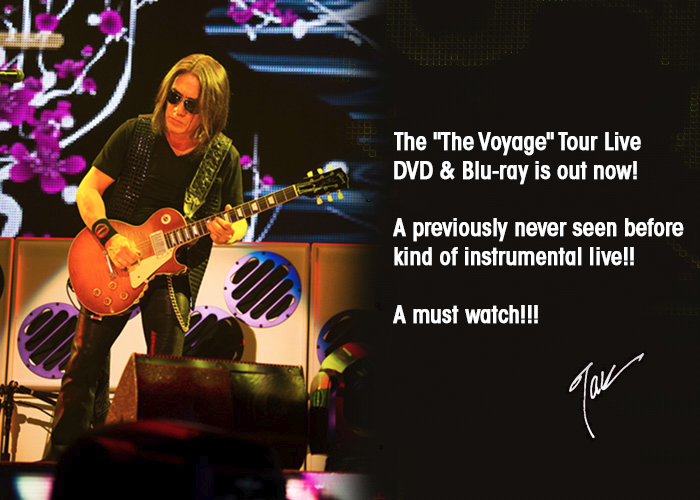